When you think of Dubai, you think of the palm islands. These articificial peninsula’s are created to make the

tourism grow. The first island was completed in 2004. In total there are 3 of these islands: Palm Jumeirah, Palm

Jebel Ali and Palm Deira. Two of them were built by a Dutch company.

The islands have the shape of a palm tree: a trunk with many branches.

Phytoplankton in seas and oceans 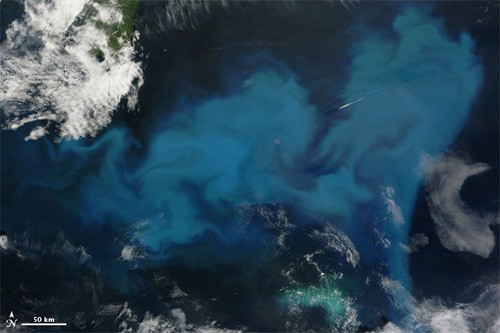 Phytoplankton is also known as coccolithophores. These are single-celled algae, which occur in almost all seas and

oceans worldwide. Under a microscope this organism looks like a sphere covered with pineapple rings. Scientists

Such a sphere has a diameter of only a tenth of a millimeter. How special is it that you can see it from space!

This mountain range covers an area of approximately 600.000 km2.

Geologically the Himalaya a young mountain range, arised in the Tertiary when India and Eurasia collided with each

The Himalaya itself came up during the last two million years. India still moves 2 centimeter per year towards Asia.

Therefor the Himalaya is still growing.

In the mountains a great number of the largests rivers of Asia rise: the Brahmaputra, the Ganges and the Indus.

The hundred highest mountains of the world are all located in the Himalaya. 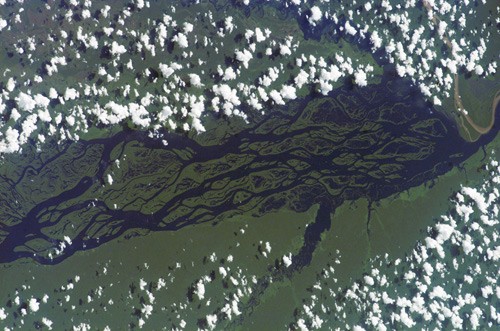 The Amazone originates in Peru and debouches in Brazil in the Atlantic Ocean.

During the rainy season the river is in some places up to 40 kilometers wide. Remarkably the tributaries of the

Amazone have different colors. So there are rivers with yellow and black water.

Black rivers can be found in the north of the Amazone. 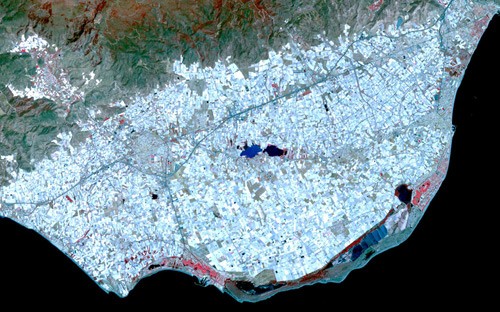 The world’s largest greenhouse you can find in Almeria.

With a total area of 26.000 hectares you can speak of a giant greenhouse.

By daytime viewed from space many greenhouses packed together form a large mirror.

The greenhouses are even on the beach! This large greenhouse is home to about ten thousand small farms which

collectively produce fruits and vegetables with a total weight of 3 million tons. 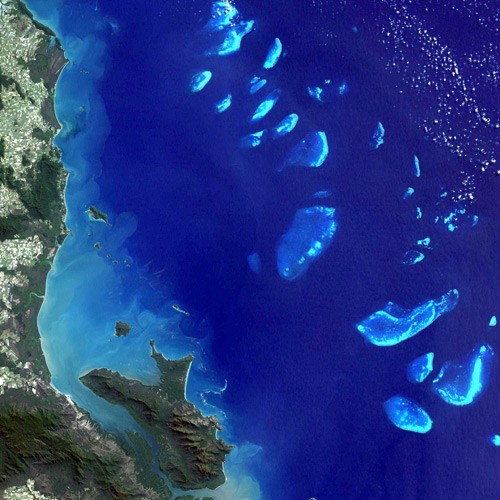 The Great Barrier Reef is the biggest attraction of Australia and one of the 8 world wonders. This reef is located in

the Coral Sea at the height of Queensland and consists of over 2.900 individual reefs and 900 islands. This covers

It is known as the world’s largest single structure. Millions of tiny organisms called coral polyps have made this reef

structure. A lot of research on the status of the Great Barrier Reef is done.

In 2012 became clear that the total reef compared to 1985 has shrunk by half.

Storms have inflicted the greatest damage, followed by coral-eating starfish.

Approximately 10% is due to the warming of the ocean water.

The Great Barrier Reef is a World Heritage Site.

Cities of the world by night 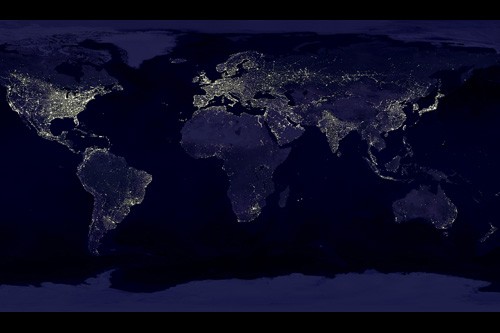 Seen from space you can clearly see the contours of the continents shrouded in darkness. A tool to

see this clear is the light that rises from a big city. There is a lot of wattage needed to be visible at

You can see how life is playing simultaniously in Western Europe, in the east of the United States and

in India. The flashing and dimming lights at these various location throughout the world form a 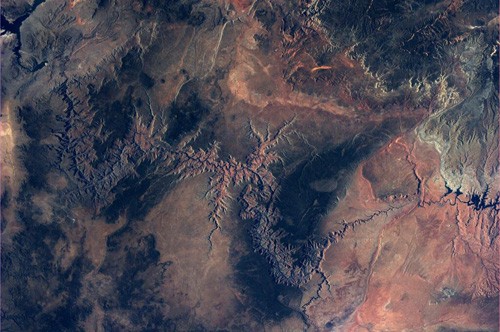 In the state Arizona you will find the Grand Canyon. The Colorado River has caused this broad and

deep gorge in the landscape.

This process has taken place over millions of years’ time. Still the area is in motion, about 16cm per

The Grand Canyon is about 435 kilometers long, the width varies between 15 and 29 kilometers.

The age of the Canyon is hard to determine, some researchers think it is 70 million years, others

The Grand Canyon National Park is one of the first national parks. This has been accomplished under

the government of president Roosevelt.

It is one of America’s most important attractions. 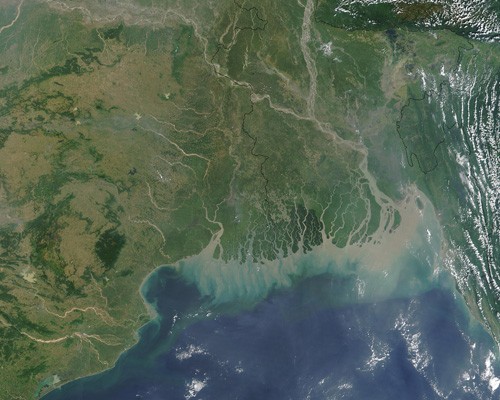 With an area of over 105.000 km2 the Ganges Delta is known as the largest delta in the world.

This river is located in the south Asian region Bengal. The area consist sof more than 260 rivers,

including the Brahmaputra and the Ganges.

The Ganges Delta is characterized by a tropical climate. The average rainfall varies between 1.500

This makes the Delta to an extremely fertile region. It is also called the ‘Green Delta’.

Not just many people live here but also many types of panthers, tigers, elephants, birds and

The pyramides of Gizeh 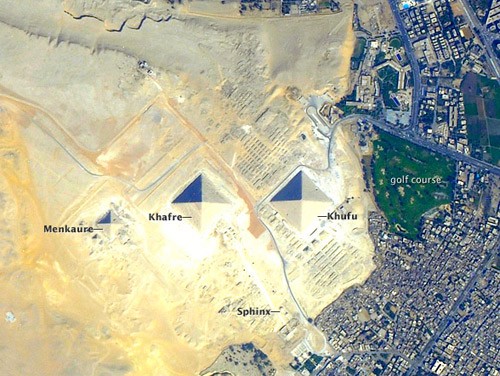 About 8 kilometers south-west of Giza are the oldest structures of humanity, the Pyramids of Giza.

Khafre and of Menkaure.

There are also a number of small pyramids, called Queens pyramids.

On the east side of the complex you can find the Sphinx of Giza.

These pyramids are built in the fourth dynasty, this is the period between between 2054 and 2472

They are highly stable constructions.

Unique to the Pyramid of Chephren is that the top is still covered with the original limestone layer.

The Pyramids of Giza are added to the World Heritage List in 1979.